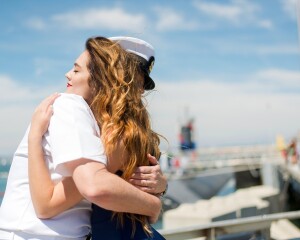 One of the advantages of acquiring a VA Loan to purchase a home in Point Loma is that VA loans have no down payment, and the VA regulates closing costs. With a VA Mortgage, you may be able to get into your Point Loma dream home for less upfront than placing a security deposit on a house or apartment in other areas of San Diego.

If you are active-duty military, a veteran, reservist or the spouse of a deceased military member, you may be eligible for a VA Loan. VA Loans are beneficial as they do not require private mortgage insurance (PMI), have no pre-payment penalty, and are 100% financed. Many veterans use VA Loans to purchase homes in Point Loma or to refinance homes they already own. Additionally, a VA Loan can be used as a cash-out refinance to fund projects such as home improvements or remodels.

If you are planning to apply for a VA Loan, be sure to get your Certificate of Eligibility (COE). This is required and will help avoid delays during your VA Loan process.

Point Loma is one of the most popular areas in San Diego for veterans to live, and for good reason. A historical neighborhood, Point Loma had a population of 47,891 people as of the 2010 Census. The northern barrier of San Diego Bay, this seaside community also is home to two military bases, a national monument, a university, and an eclectic mix of hip restaurants, craft beer spots and outdoor activities such as deep sea fishing.

One of the most popular commercial and retail areas of Point Loma is called Liberty Station, previously home to Naval Training Center San Diego. Along with staples such as Vons, Ace Hardware and Trader Joe’s, Liberty Station has many restaurants and breweries such as Stone Brewery, Breakfast Republic, Liberty Public Market and more. Shopping includes art galleries, a bicycle shop, and a garden showroom.

There are several unique neighborhoods within Point Loma. Although the Midway District is mostly commercial and industrial, there are a few smaller residential developments popping up. La Playa is a beautiful waterfront neighborhood that is separated into “The Wooded Area” and “The College Area”. Located above the ocean bluffs, Sunset Cliffs is well known for its views of the Pacific Ocean. Although often considered its own neighborhood separate from Point Loma, Ocean Beach is on the northwest corner of the peninsula and is a laid-back beach community.